HomeUncategorized Help The Environment Through E-Recycling

Help The Environment Through E-Recycling 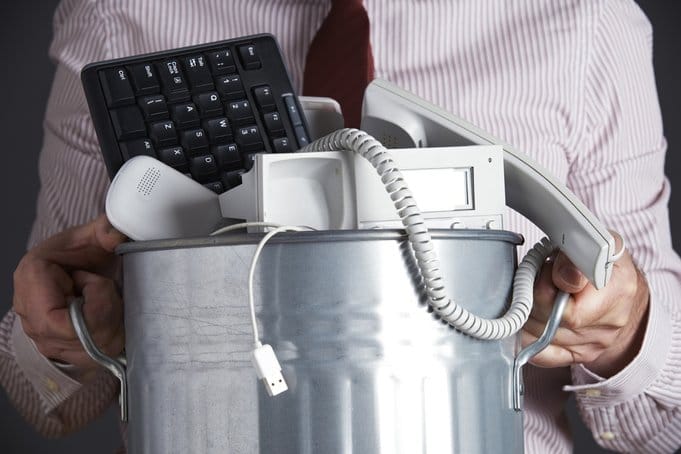 It’s easy for you to tell your employees that electronics recycling is more than “just a good idea.”

Every organization can stand to put extra effort into taking a closer look at what they’re throwing away, and wondering if there could be a better use for their unwanted electronic items, rather than automatically tossing them all into the trash. But brighter, or at least more curious, employees might want to know why beyond your mandate to “just do it.”
First, it’s the law. Over the last decade, many state and local communities have passed a variety of rules – complete with enforcement and penalties for non-compliance– to encourage companies to seek better ways to dispose of electronic hazardous waste.
​
Companies and even recyclers themselves can be penalized for not disposing of their materials properly.
Electronics recycling can also be lucrative, especially if you find a good recycler willing to pay well for your unwanted items, although the price of certain metals can fluctuate. Some retailers even offer credit for certain devices, such as Best Buy or Amazon. Some communities offer regular e-waste recycling days to get residents and businesses motivated and accept everything in one place.

Electronics Recycling and The Environment

But the main reason electronics recycling efforts have stepped up so much lately is due to the environment: the increased popularity of items such as cell phones, TVs, and computers can be downright destructive to the planet. These products all include heavy metals which can leach into the ground and groundwater.

Here are some specifics:

While pretty much any electronic item is appreciated by recyclers, whether donated or sold, many in the electronics recycling/environmental communities have mixed feelings about CRTs – the older style TVs and monitors. The bulky, hefty devices are loaded with heavy metals and glass – sometimes as much as 8 pounds of lead a piece — which can be a bonanza for recyclers.

But at the same time, they also can take up large amounts of space in landfills. They can break easily, so all the metal, glass and plastic can easily contaminate the environment.
​
Some recyclers are reportedly paying to accept these devices but not recycling them further, partly because no one wants to buy them domestically, and it’s unprofitable to export them overseas. It also can be messy and even dangerous to break them down further due to high levels of lead dust.  Even successfully removing the glass has little market value.

Taking an active role in your company’s electronics recycling efforts can pay off in interesting ways.
Because the push to recycle more is fairly new, organizations like the EPA and often state and local municipalities are eager to find companies doing things right that can be used as positive examples.

The EPA even invites companies to be part of the SMM Electronics Challenge, which recognizes responsible recycling, transparency, and corporate leadership. Taking part in the Challenge requires a pledge to send all used electronics collected or generated to third-party recyclers or refurbishers who also pledge to ensure safe management of the items – along with proper data destruction. Successful participation can earn recognition on the EPA’s site as a Champion, especially organizations that have come up with innovative ideas.

Companies can also create other internal promotions to encourage recycling rather than simply disposal. While general terms like “Save the planet” might motivate some, others may be motivated by other incentives like gift cards. For more information regarding Electronics Recycling please contact us