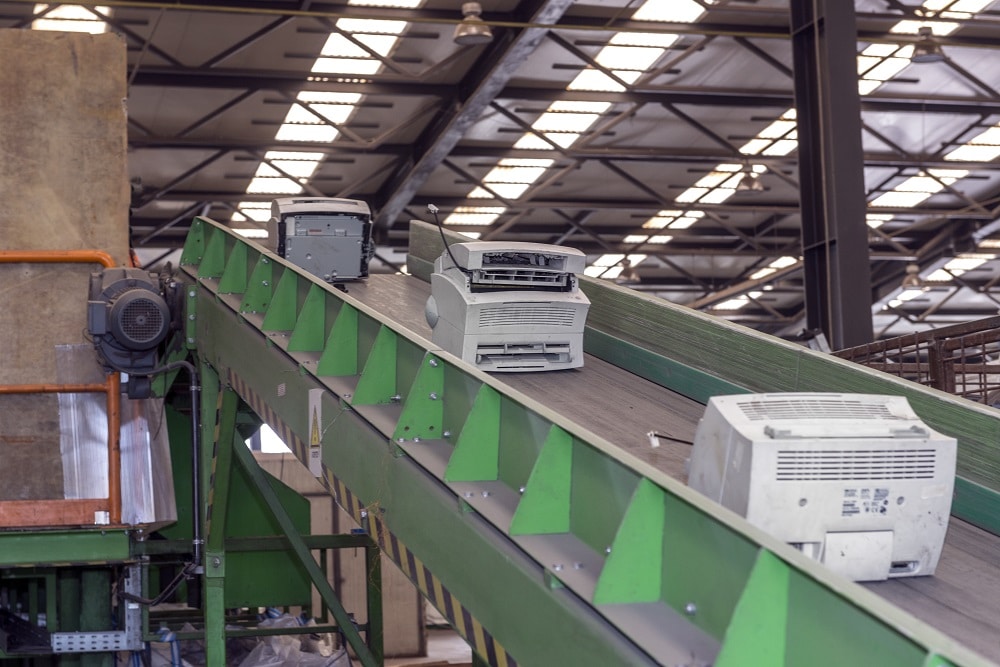 The need for properly disposing of electronic waste becomes greater and even more important by the day.

When did electronic waste disposal begin and where is it now?

Here is a brief history of the electronic waste disposal and recycling industry.

When It All Began

This is when the recycling industry was formed and the proper disposing of and recycling electronic waste and old worn out electronic equipment of all kinds began.

Why Is Proper Electronic Waste Disposal So Important?

Old electronics, aka e-waste, consists of electronic equipment scrap components like CPUs, etc. This e-waste contains potentially harmful materials like lead, cadmium, beryllium, brominated flame retardants, and many more toxic elements that poison and destroy our environment and the world we have to live in.

Properly disposing of and recycling all this e-waste is the only way to help prevent the destruction of our planet, but it will only work if everyone does their part in wanting to make a difference and do whatever it takes to save it.

The Need for International Dumping Laws

In 1976, the United States passed the Resource Conservation and Recovery Act (RCRA) and several other countries followed suit.

According to the EPA, the purpose of the Resource Conservation and Recovery Act was to:

In order for the EPA to achieve these goals, they had to set up three specific, but interconnected programs, which were the solid waste program, the hazardous waste program, and the underground storage tank program. All of which had/have their own requirements for helping to preserve our planet and all life contained therein.

Shortly after the RCRA was passed, there were a series of events that took place paving the way for international dumping laws. The first of these events started in the 1980s, when a Liberian ship was commissioned to pick up and dispose of 14,000 tons of e-waste ash from Philadelphia. This ash was supposed to go to New Jersey; however, that jurisdiction refused it. So rather than finding another way to properly dispose of the e-waste, that Liberian ship headed out to sea and proceeded to randomly dump the entire 14,000 tons of e-waste into the ocean all the way from the Caribbean to Asia. Later, there was another incident that took place in Nigeria. About 3,500 tons of toxic waste from Italy was illegally dumped in a small town called Koko in 1988.

These illegal dumps were just a few of the events that led to the Basel Convention in 1989 when the world began demanding that international dumping laws be put into place to help ensure these types of events never happen again.

And all of these historical events resulted in recycling going from small potatoes to a huge international industry with a vested interest in protecting the world’s citizens and our planet.

How Much E-Waste Is Actually Recycled?

Shockingly, only 12.5% of e-waste is actually recycled.

Well, because we have a long way to go when it comes to educating people on the importance of recycling their e-waste and strictly enforcing dumping laws. And it all begins with you.

How Can I Help?

If you would like more information about the proper recycling and disposal of your electronic waste, please Contact Us today.

Stream Recycling is a RIOS Certified recycler, NAID member, and we proudly serve our local communities and the world by helping them properly and compliantly dispose of their aftermarket equipment.